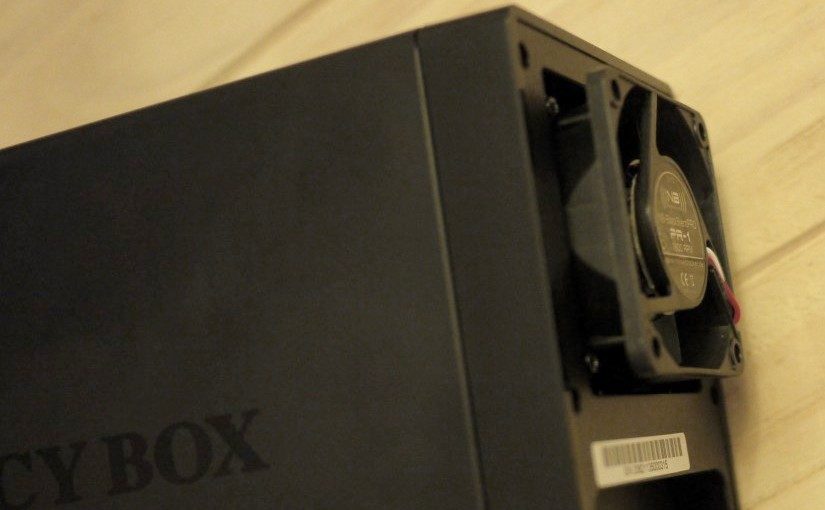 The IcyBox is a good  RAID case with USB3.0 support – however the stock fan is quite loud as it causes some vibrations.

The only bummer about it is the used JMB391 RAID chipset, which does not support RAID operation with drives larger than 8 TB.

Linux hint: if you want to read the SMART attributes of the drives (in single mode), use

Where N can be either 0 or 1, meaning drive in first or second bay.

Next we will replace the stock fan with a Noiseblocker PR-1 BlackSilentPro Fan which is not only silent but also has a better cooling performance.

Note however that as the height of the Noiseblocker is 25mm instead of the 10mm of the stock fan it will stand out from the case.